Young, 16, is fighting for his life and the 14-year-old is arrested after a day-long stabbing in the West Midlands

By Faith Ridler For Mailonline

One teenager was left fighting for his life and another was injured after a broad-light strike in a West Midlands park.

Police arrested a 14-year-old boy on suspicion of attempted murder following the attack on Chapelhouse Road in Solihull today at 2.40pm.

One victim, a 16-year-old boy, was taken to hospital after the incident at Marston Green Park and is said to be in critical condition.

Another teen, 19, was also taken to the hospital but is described as stable.

Police arrested a 14-year-old boy on suspicion of attempted murder after the attack in & # 39; near Marston Green Park in Solihull today at 2.40pm (Pictured: police at the scene)

Police are blocking a street in Smethwick today reports that a man had been stabbed in the chest.

Paramedics and the air ambulance were seen in Mallin Street following the reported attack at 4:30 p.m.

Saeed Shamedami, owner of Formula One Pizza, said the drama developed into a mess outside his store.

Witnesses reported they arrived at an air ambulance land in a play area on Moorend Avenue before police removed a section of the nearby park.

The suspect remains in police custody this evening, and witnesses were called to contact West Midlands Police with all information.

The force said in a statement: & # 39; We were called to report that two people were stabbed today at 1440pm on Chapelhouse Road, Solihull.

& # 39; A 14-year-old boy, was born in & # 39; arrested a neighborhood on suspicion of attempted murder and taken into custody by police. 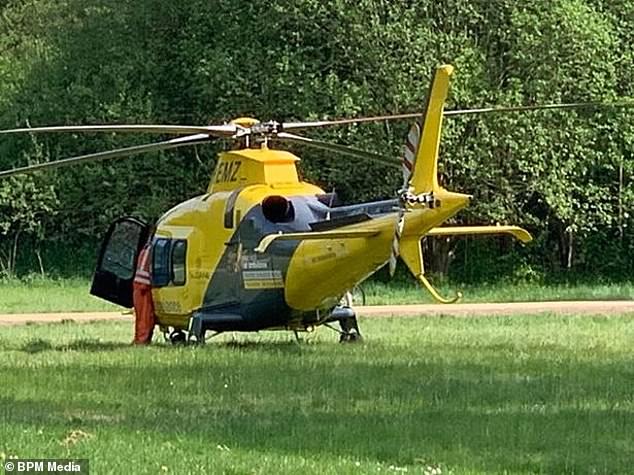 One victim, a 16-year-old boy, was taken to hospital after the incident on Chapelhouse Road and is said to be in critical condition (Pictured: an air ambulance during the attack) 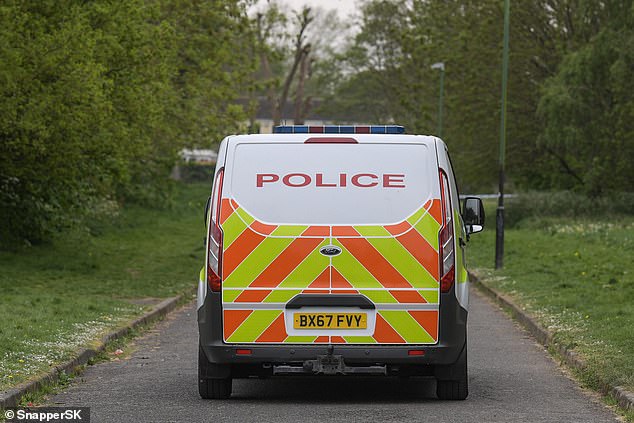 The suspect remains in police custody this evening, and witnesses were called to contact West Midlands Police with all information