HENRY DEEDES: Boris Johnson and the Boffins were back – and the trio had some new material!

By Henry Deedes for the Daily Mail

The old band was back together. Boris And The Boffins just ended yesterday, their month-long absence from the stage not the result of creative differences, but a killer illness that left their charismatic frontman to fight for that big performance in the air to protect.

A touch wearier since we last saw them, yes, but probably a little wiser as well.

Finally, we got an example of hearing some new material. & # 39; We are past the peak of this disease, & # 39; the minister declared deficit. 'We're past the peak and we're down the slope. There are many reasons to be hopeful. & # 39;

Britain's prime minister was back on the podium for the daily briefing by & # 39; the government of & # 39; a government after he was absent to catch the virus, and appeared breathless when he spoke

He promised next week a comprehensive plan on how Britain could lead from a lockdown. But anyone looking for a groundbreaking new sound was left disappointed. The afternoon set list of & # 39; e combo was otherwise all too familiar.

Considering the coronacoaster he has been in recent weeks, the PM managed to appear relatively chipper.

Desperate though & # 39; t was the toll – we are on course to have the most deaths in Europe – he aimed to convince us that there was an open hatch at the end of his route.

We were shown a small movie full of blips and blurps and little red and blue dots explaining why & # 39; t the lockdown shouldn't be lifted.

All costs were saved for making the video. By appearance, it had been cobbled together on one of & # 39; Commodore computers of & # 39; In the 1980s Space Invaders could play, but not much else. 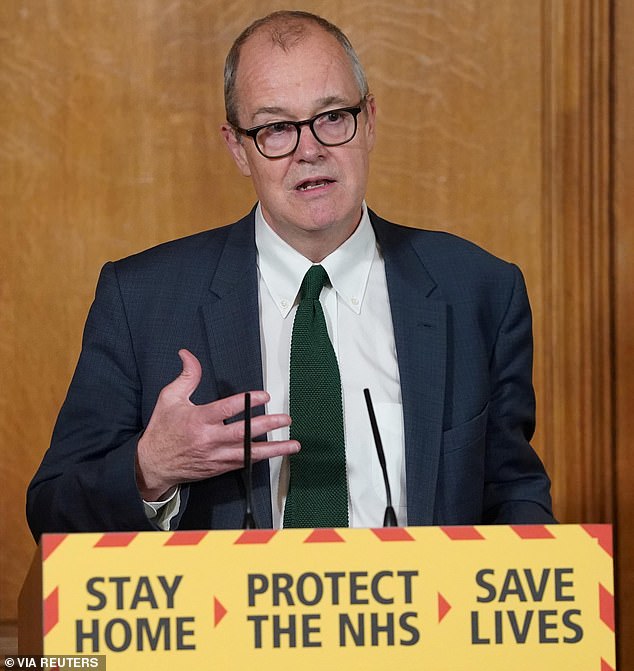 The media carried out their usual act of intermission. Surprisingly no one asked about the new Johnson baby. Pity. We could have done with some illumination amidst the glow.

Maybe not the right time.

ITV's Robert Peston asked if the crisis would call for a new era of savings. Boris noted that the economy would bounce back sharply and gave Peston a slight roll-off for using the word savings.

That was an interesting moment when someone asked about face masks. Boris thought they would be useful if the lockdown was eventually demanded and people needed to find the confidence to work back. As far as I know, this is the first time he has acknowledged this. 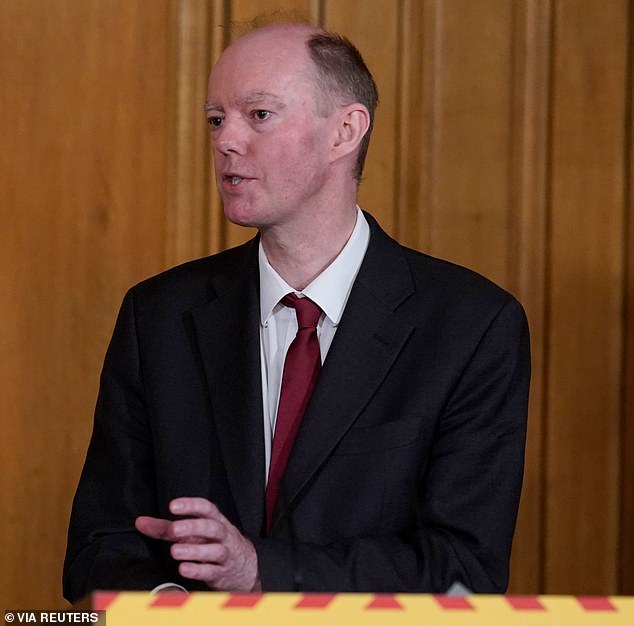 Chief medical officer Sir Chris Whitty arrived at Johnson and Vallance on Thursday, more than a month after the trio made their first appearance at the first daily coronavirus briefing

Whitty was quite animated, that is, his left eyebrow was half-wiped when someone asked what lessons he had learned. & # 39; Let's not go into who's won and who's lost in this, & # 39; he said sternly.

Who knows, maybe one of their godfathers could end up on & # 39; s new arrival of No10. Assuming the little one would rather do better when Sir Patrick arrives at Christmas time. He sees the kind that came out on a vintage port case as a baptismal baptism. Whitty would probably offer to name some new bacteria after the little fella.

Finally at 5.52am, the boys dropped their instruments and rolled them off the stage. No bow, no encores. Not so much as a sweet night.

There will be plenty of time for them to be able to produce some different sounds.

PIERS MORGAN: Boris can speak for anything he wants, but the death toll tells the true story